Be the first to review this product
$75.00
Out of stock
SKU
O-08
Add to Wish List Add to Compare 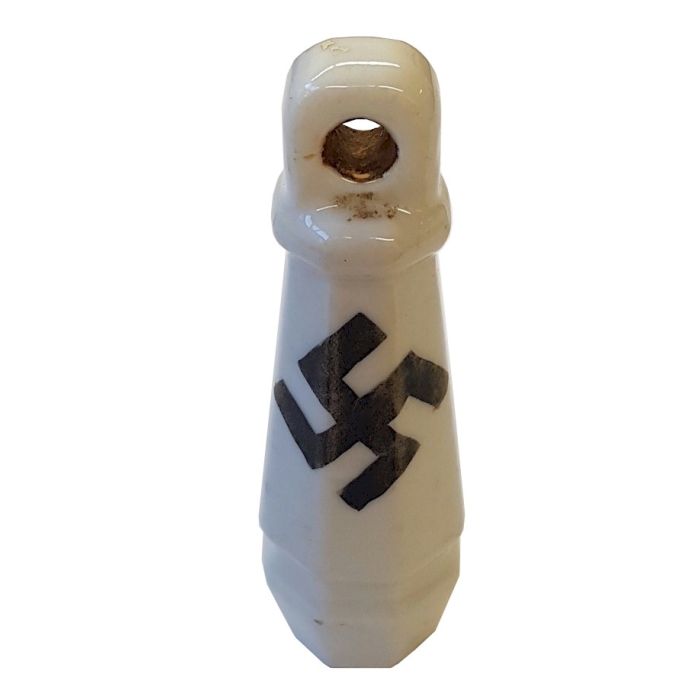 This porcelain toilet pull handle with a Swastica marked on it was found in a Hitler Youth barracks.

It was old style toilet with a big long pull chain.

Try to find another one of these.