Be the first to review this product
$34.95
In stock
SKU
G200WJ
Add to Wish List Add to Compare
Email 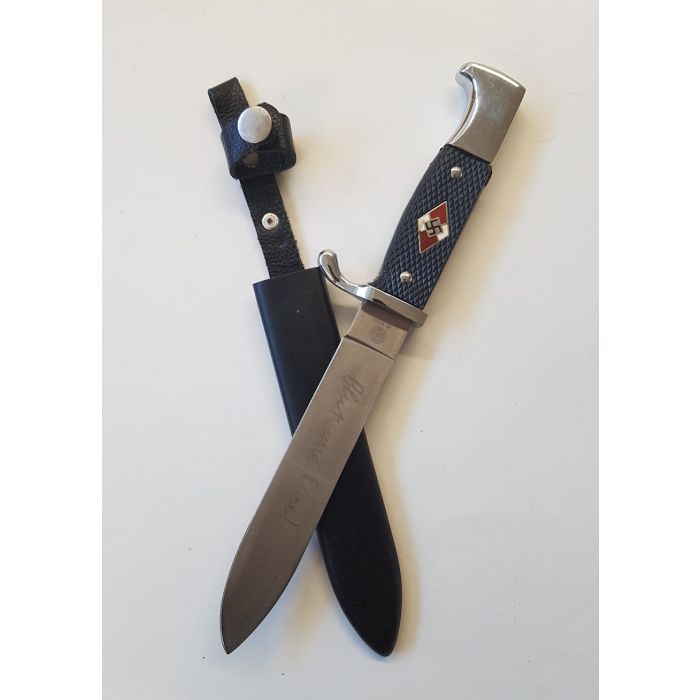 Replicated from the original 1937 weapon, this Hitler Youth Knife is manufactured with a 6 1/2" etched blade. The handle is constructed with a black checkered grip with enamel HJ swastika insert. Also included is an impact resistant sheath. 10 3/4" overall.

These are made in China and are excellent quality.