Be the first to review this product
$39.95
In stock
SKU
O12
Add to Wish List Add to Compare 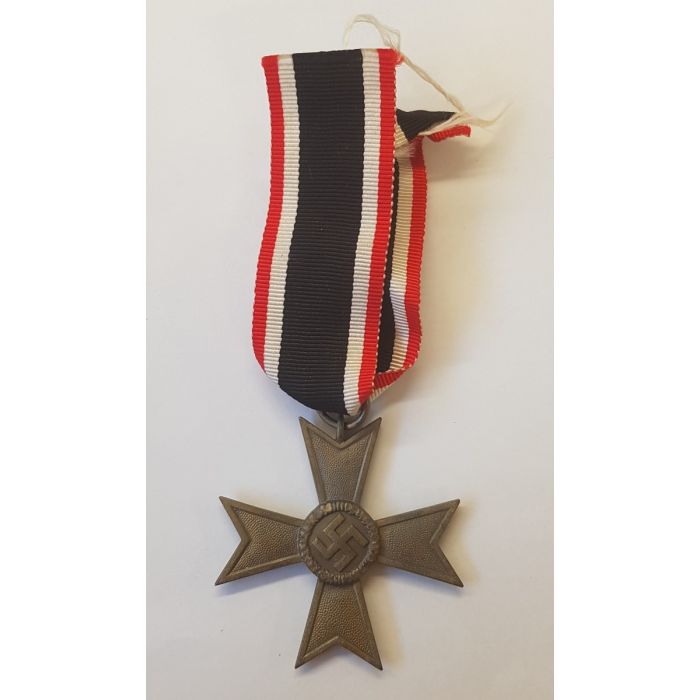 This is an original War Merit Cross 2nd Class without Swords from WW2. Comes with authentic ribbon.

The medal was die-struck bronze alloy and had a bronze wash. Made in the form of a Maltese cross with a embossed swastika encircled by an oak-leaf wreath. The back of the medal had embossed the date, “1939” also enclosed in a oak-leaf wreath.

The War Merit Cross also known in German as Kriegsverdienstkreuz was first created in 1939 by Hitler replacing the previous Iron Cross that was for non-combatants.

This award has two variants and 3 grades.

The variants were with or without swords. With swords was for soldiers who shone in battle with exceptional service that went “above and beyond”, normally not of such a level that would warrant the issue of the Iron Cross which was a bravery award. Without swords was given to civilians for exceptional service behind the lines and could also be issued to females or non-Germans.

The grades were: Second Class, First Class and Knights Cross of the War Merit Cross. Before proceeding to the next level of Merit Cross you had to have the previous level.

In 1940 another grade was made called the War Merit Medal (not Cross) due to the large number of 2nd class Merit Medals being issued to civilians. This basic War Merit Medal was considered lower than the Second Class grade.

The ribbons for the 3 classes of the Merit Cross (not medal) were all the same:  red-white-black-white-red horizontal stripes. The ribbon for the War Medal was similar but had a narrow red vertical strip in the centre of the black stripe.