Be the first to review this product
$14.95
In stock
SKU
CN308
Add to Wish List Add to Compare 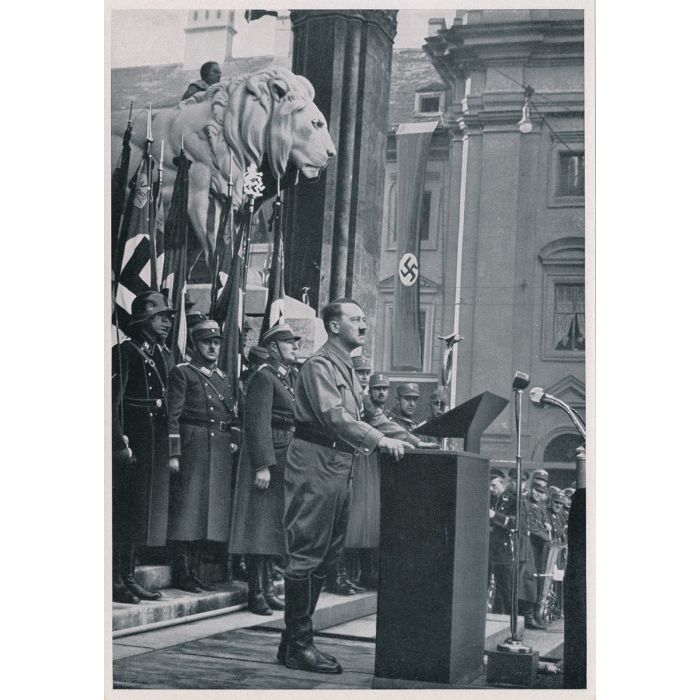 This is one cigarette card from the collectible set ADOLF HITLER. Collective work No., 15 Group 63, Image No. 30.  "9, November 1934 in Munich. The Führer Speaks in Front of the Field Marshals' Hall to the Relatives of the Hitler-Youth and the League of German Girls Newly Admitted to the Party". This cigarette cards measures approximately 4 1/2" x 6 1/2".