Be the first to review this product
$39.95
In stock
SKU
G1194
Add to Wish List Add to Compare
Email 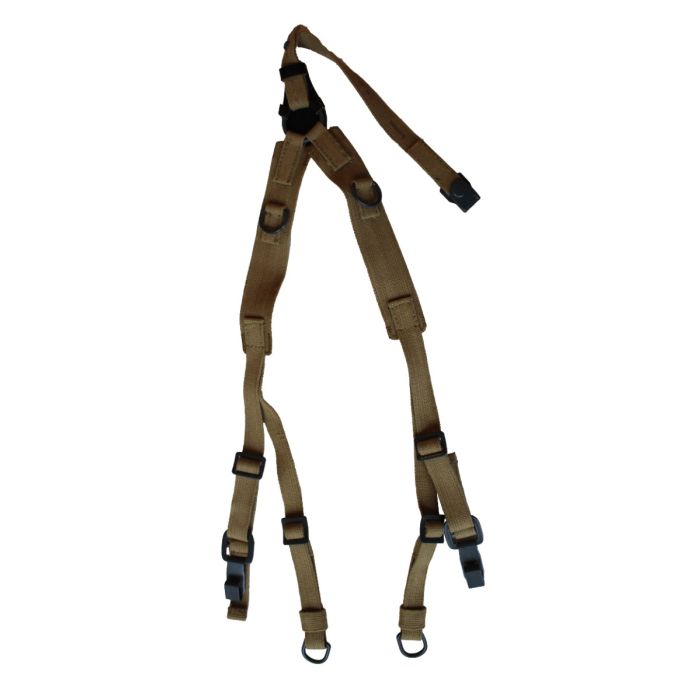 Tan web version of the leather Y-straps, worn by DAK units in Africa and were also widely used in the European theatre from 1942 on as an alternative to the leather straps.

These DAK Afrika Tropical Y-straps are made from khaki canvas and leather, hand stitched with all the correct metal fittings.  There is two straps with hooks for attachements to D-rings, auxilliary straps and the single "O" ring with vertical back strap.