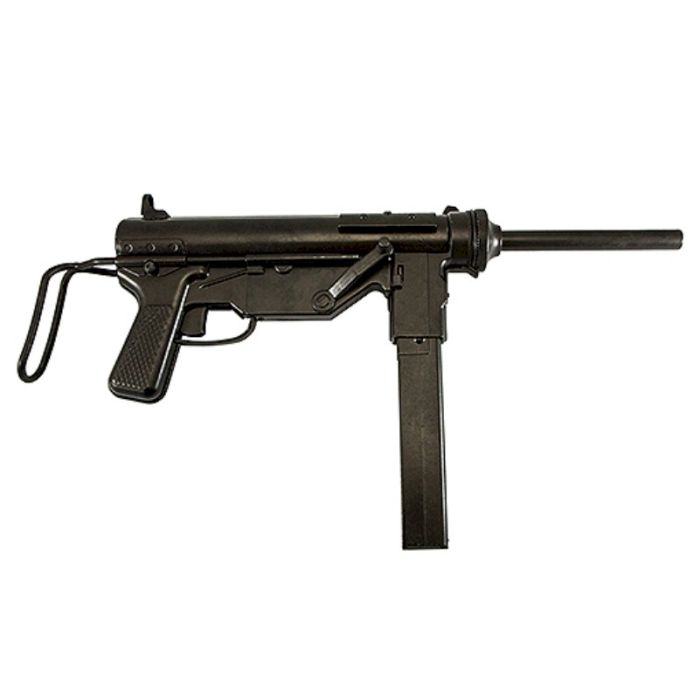 This non-firing reproduction .45 machine gun, also known as the Grease Gun, was originally designed by Geoerge Hyde in 1941.  George Hyde, a German who fought in WWI, left Germany and moved to the USA in 1927.

Nick-named the "Grease Gun" by soldiers due to it's resemblance of the pressure greasers used by mechanics in WW2.  This machine gun had a capacity of 30 cartridges 45 ACp (11.4mm) it also had a telescopic stock and an ejection window for the fired cartridges.

The simplicity of this gun made it very popular and by the end of WW2 over 600,000 were made.  It continued to be used for the Korean and Vietnam wars.

This gun is made of metal, with a simulated mechanism for loading and firing.  It comes with a removable magazine and retractable stock with double position and a cover.

No Shipping Outside of U.S.A. Some shipping restrictions may apply within the US.