Be the first to review this product
$16.95
In stock
SKU
BK-114
Add to Wish List Add to Compare 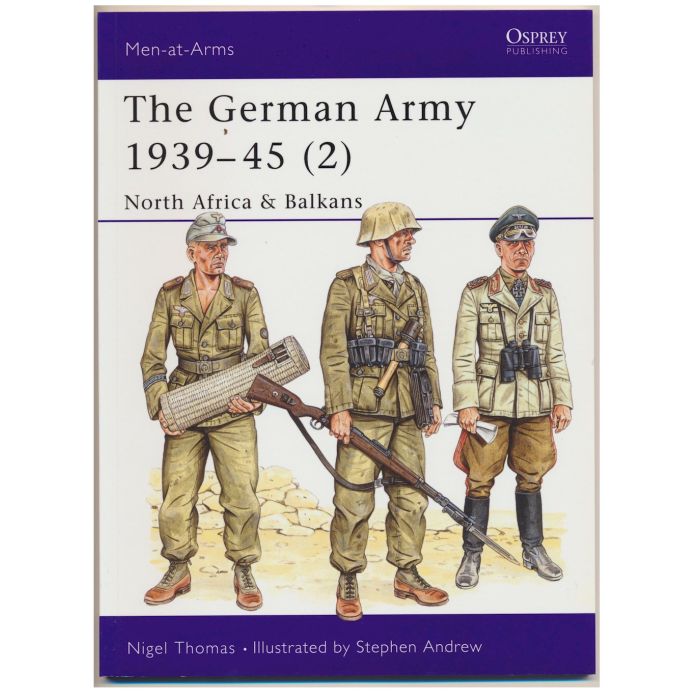 Hitler first considered an invasion of Great Britain in autumn 1940, then scheduled Operation Barbarossa, the conquest of the European part of the Soviet Union, for May 1941. Anxious to emulate Hitler's successes, the Italian dictator Mussolini embarked upon unnecessary military adventures in North Africa and the Balkans, which forced Hitler's intervention, diverting and depleting precious German resources, and a six-week postponement of Barbarossa. In this second of four volumes on the German Army of WW11, Nigel Thomas examines the uniforms and insignia of the forces involved in North Africa and the Balkans.