Be the first to review this product
$249.00
In stock
SKU
O767
Add to Wish List Add to Compare
Email 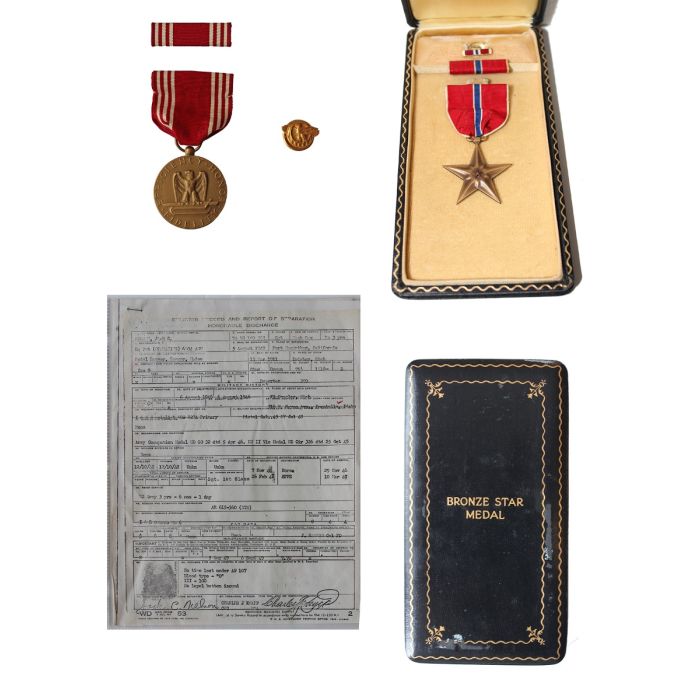 This is an original medal set, for Sargeant, Jack C. Nelson, including his Bronze Star Medal and Good Conduct Medal, ribbon bars, along with his Honorable Discharge form.

A letter written by Jack to Member of Congress Douglas Bosco.

Jack Nelson entered service in 1945 and was Honorably Discharged February 6, 1949.

You can see  additional letters belonging to Jack Nelson.  These include a letter written to Member of Congress, Douglas Bosco and return signed and dated letters from then senator, Edward Kennedy.

The 2 Ted Kennedy letters are not included with this lot. If you are interested in these letters you can view them here:  Kennedy Letters