Be the first to review this product
$49.99
In stock
SKU
U-159
Add to Wish List Add to Compare
ITALIAN CAMO COVERALL Similar to German 12th SS Hitlerjugend - REPRODUCTION
Skip to the end of the images gallery 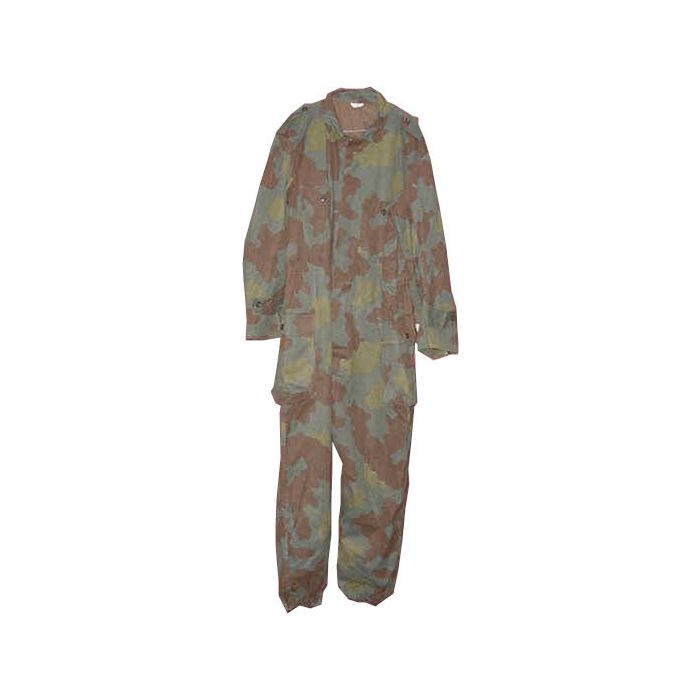 This is the early 1929 Italian pattern camouflage with the correct color brown of the Italian WWII camo.

This Italian camo coverall look very similar to the famous camouflage coverall wore by 12th SS "Hitlerjugend" in Normandy. Italian camo, which was seized by the SS when they took administrative control of Italy in 1943, was used for many garments, from suits in the same cut as the peas dot suit, to tunics in the same cut as the M44 tunic (similar to the British battle dress blouse).

These will be great for reenacting or just great looking camouflage coveralls.

Condition is nicely faded and aged as you see in picture.