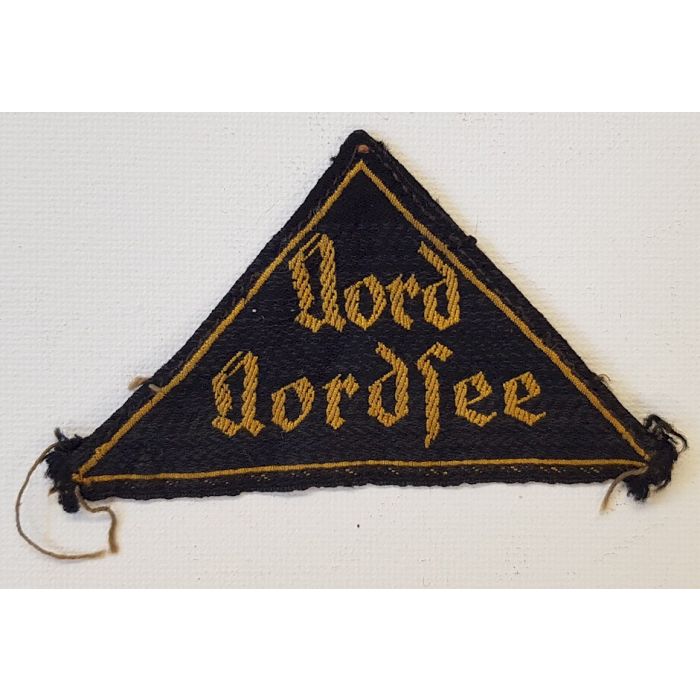 District sleeve triangle patches which where given to hitler youth members to distinguish a members unit location in the organization. The patch would be sown on the upper left arm and would identify which region they were from. Each triangle patch has a different location ranging from west of Germany to east. The patch here is “nord nordsee” north /North Sea which would mean the member was from the north of Germany close to the coast. Patch measures