GERMAN WWII PASSPORT OR REISEPASS FOR A GERMAN FEMALE DATED 1939

Be the first to review this product
$75.00
In stock
SKU
O764
Add to Wish List Add to Compare
Email 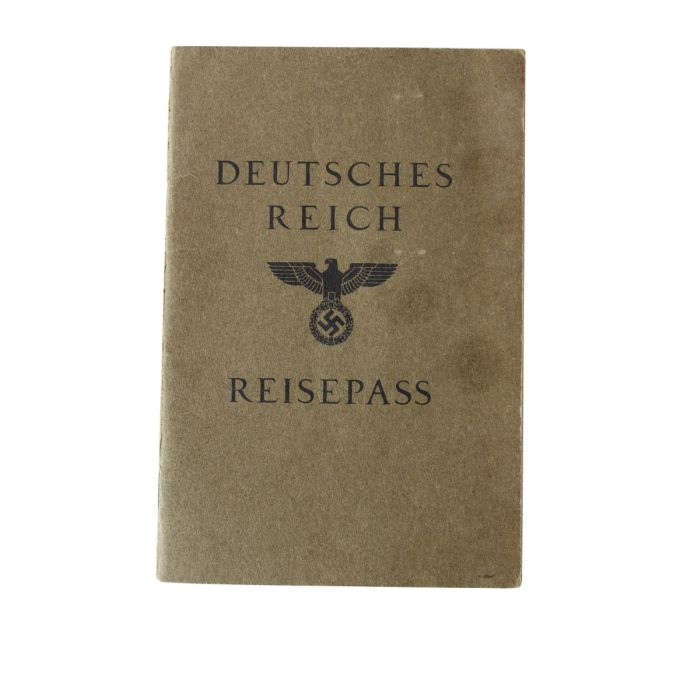 Stamped and dated 1939 for an Elizabeth (last name unlegible).

Passports had been required in Germany since first being issued by the North German Confederation in 1867. They were used as a proof of identity and enabled the holder to travel both within Germany and outside to foreign countries.

Nazi Germany was very concerned with the movement of citizens while inside, leaving or entering the Reich’s lands and this was given top consideration.

In the Weimar government period following WWI, the cover of the 32-page German passports consisted of a 15.5 by 10.5cm hard paper gray/brown stock with a black Weimar eagle and the words “Deutsches Reich Reisespass” printed across the front.

The first page listed an issuance number, tax stamp and the name of the holder. The second page showed the bearer’s photo (two photos in the case of a shared passport for husband and wife) with their signature below. Following this was information concerning the holder such as birthdate, maiden name, occupation, residence, date of issue, expiration date, issuing authority, comments, physical characteristics and listing of any children. The fourth page designated whether the passport was good for travel “Ausland” (to foreign countries) or within “Deutschland” (Germany proper). The following pages listed the departure and arrival entries and control stamps of the German or foreign border authorities.

Expiration periods of passports varied from one to five years, with severe limitations of travel imposed as the Nazis grew stronger and the likelihood of war increased.