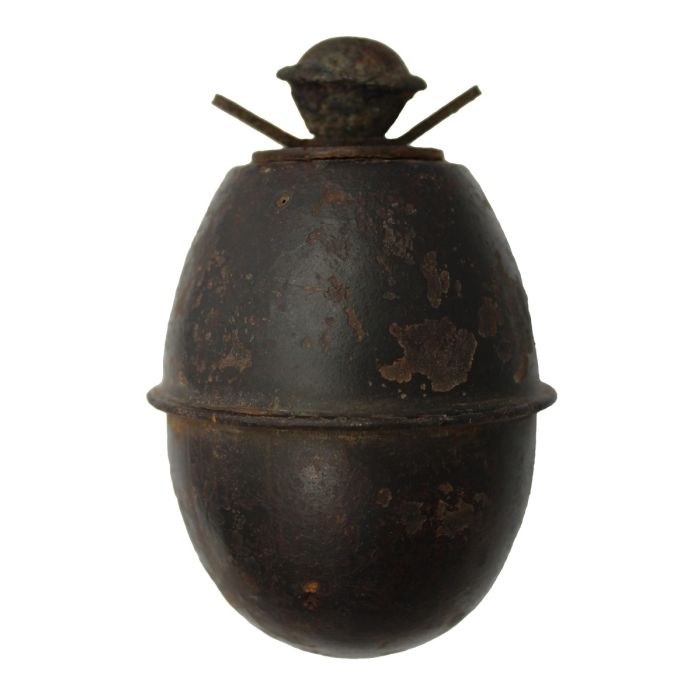 Egg grenade is marked on the bottom of the grenade:

The Model 39 Eihandgranate (or Eierhandgranate, "egg hand grenade") was a German hand grenade introduced in 1939 and produced until the end of World War II. The Eihandgranate used the same fuse assembly (the BZE 39) as the Model 43 Stielhandgranate ("Stick Grenade"), which was screwed into the top of the sheet-metal body. To activate, the domed cap was unscrewed, and the pull-cord that had been coiled inside it was tugged sharply before throwing at the target.

The grenade still has the original screw off "wings" as well as the fuze top.  This example is deactivated and inert.

There is a small hole in the egg grenade on the side. Below the centre seem.

The color of the cap indicated the burning time of the type of fuze fitted.