Be the first to review this product
$199.00
Out of stock
SKU
O-416
Notify me when this product is in stock
Add to Wish List Add to Compare
Email 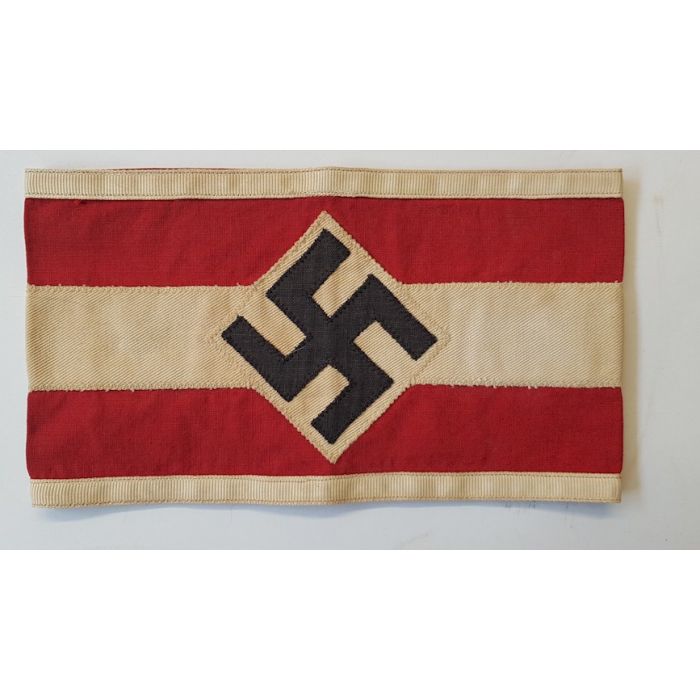 Hitler Youth Leader armband. Tilted black ribbon swastika on a white "diamond" sewn to a red cotton band with a center white stripe and white tress along the borders.