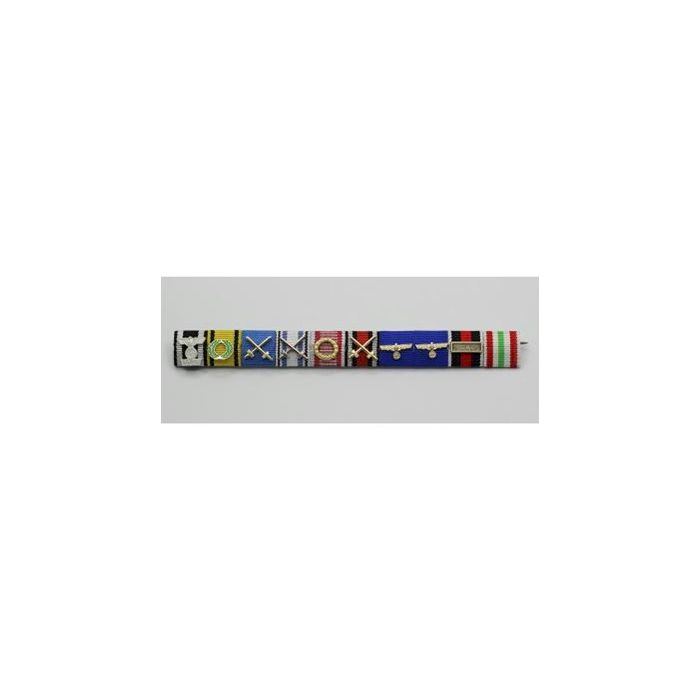 This is the reconstructed ribbon bar of Rommel with pin.

Ribbon bars are small ribbons mounted on small metal bars equipped with attaching devices, and are generally issued for wear in place of wearing the actual medals.

The following ribbon bars are included: