Be the first to review this product
$95.00
Out of stock
SKU
O485
Add to Wish List Add to Compare 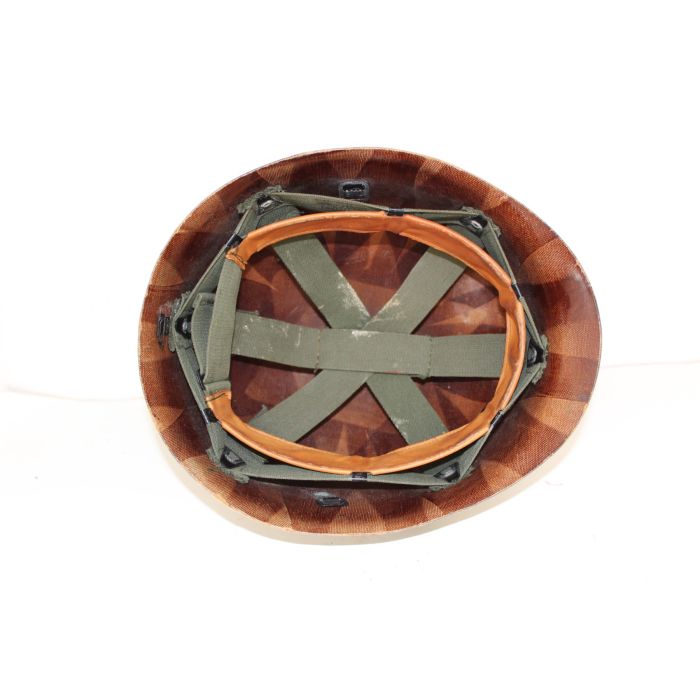 Genuine HJ (HITLERJUGEND) belt buckle from WW2 made of aluminum. There are maker marks on the reverse side: "RZM M4/38 - Richard Sieper & Sohne, Ludenscheid. There is a German eagle holding a HJ diamond with a swastika and has description: " BLUT UND EHRE" on the front side of this buckle. Buckle motto " Blut und Ehre" (Blood and Honor).

The aluminum Hitler Jugend buckle is marked on the back with RZM and maker M4 / 38.

Renamed in July 1926 to the Hitler-Jugen, Bund Deutscher Arbeiterjugend or Hitler Youth, League of German Worker Youth. It was a boy’s youth organization for boys between 14 – 18 years of age. There were a large number of youth groups in Germany after WW1 ranging from political to religious.

Hitler transitioned these groups from innocent youth movements, to political groups focusing on Hitler doctrine. It became a partial paramilitary organization and was officially an integral part of the SA. A junior branch was also setup for boys aged 10 – 14 called Deutsches Jungvolk (DJV) and the girls from ages 10 to 18 we also given their own organization called the League of German Girls (BDM).

Though members of the Hitler Youth were taught the Nazi ideology, including racism, they initially had activities similar to that of the Boys Scouts which including camping and hiking and academic studies. Over time though many activities became more military related such as weapons training, war tactics and physical training and fitness. Much of the training was designed to undermine the traditional values and structures of German society and the privileged. Preparing the Hitler Youth for joining the German Nazi army.

Organized into corps the also had local cells on a community level. Training academies were designed to create future officers with specialized training for each corps from the Wehrmacht to the Kriegsmarine. The Hitler Youth were also used to spy on religious class and bible studies along with breaking up and interfering with Church groups. By 1930 there were over 25,000 boys enlisted in the Hitlerjugend, and by the end of 1932, it was at 107,956.

The Nazis came to power in 1933, and the membership increased dramatically to 2,300,000 members by the end of that year. Much of these increases came from forcible takeovers of other youth organizations. By December 1936, Hitler Youth membership had reached over five million. Membership then became mandatory and by 1940 there were eight million members. If parents refused to allow their boys to join, they were subjected to investigation.