Be the first to review this product
$75.00
Out of stock
SKU
O476
Add to Wish List Add to Compare 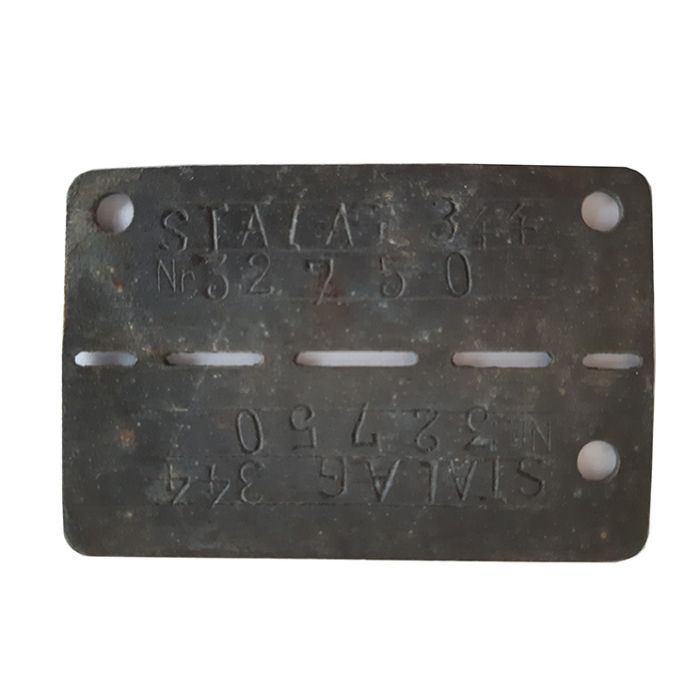 This prison camp dates back to the Franco Prussian War of 1870. Then in WWI the camp was used for both British and French prisoners.

In 1939 the camp was used for Polish prisoners.

Later during WWII the camp housed more than 100,000 prisoners from Europe, Britain, Canada, New Zealand, South Africa, the Soviet Union and the United States. With crowding this camp was split up into a separate camp, Stalag VIIIF where they moved the Soviet and Polish Prisoners.

In 1942 all of the Naval personnel, who were not officers, were also sent to the Stalag VIIIB at Lamsdorf.

In early A943 approximately 1000 Allied Flight Personnel were moved to Lamsdorf from Stalag Luft III. This move facilitated the building of new barbed-wire fences a the camp to separate the prisoners. A camp within a camp was created. The hospital facilities at Stalag VIIIB were among the best in all Stalags.

Later in 1943 many of prisoners were split up again and transferred to two new base camps. In December 1943 the Stalag VIIIB at Lamsdorf was renumbered to Stalag 344.

The camp was evacuated in January 1945 in advance of the Russians arrival and the Russians reached the camp on March 17, 1945.

The camp was then used by the Soviets to hold Germans prisoners of war. Also Polish prisoners who were being repatriated from other camps were processed through Lamsdorf and could be held there for months.