Be the first to review this product
$89.00
Out of stock
SKU
R49TS
Notify me when this product is in stock
Add to Wish List Add to Compare
Email 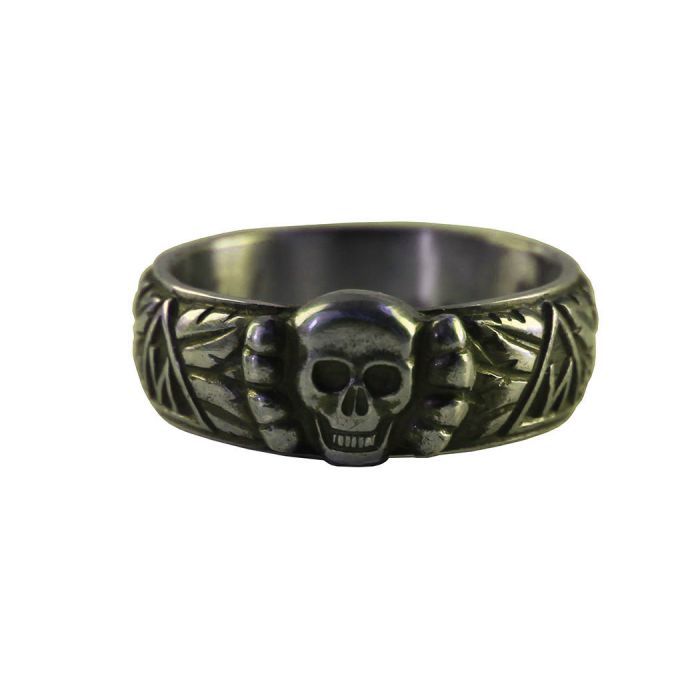 TOTENKOPF ( DEATH’S HEAD) The smiling skull and crossed bones were used throughout German history as a symbol to strike fear in the eyes of their enemies by the military. When translated the true meaning is ” ABSOLUTE OBEDIENCE RIGHT TO THE DEATH”.

TRIANGLE AND SIGRUNE- The sigrune was a German symbol for victory. The triangle or Triag points upwards and was the symbol for life. The three represents the cycle of life (The Beginning of life, the future of one’s life, and the ending of one’s life.) A sigrune is a Nordic sign for Victory which was used in ancient Germany as a greeting. It is the origination of the Adolf Hitler salute better known as the Hail Victory or SIEG HEIL salute.

SWASTIKA- The Swastika or “Fryfros”  is an ancient symbol of eternal life and good luck. Also, it symbolizes the GIBOR RUNE – This means: GIB – give and OR- descendant. It was used as a sign of prosperity and the survival and future of the whole German race. The Swastika’s true meaning represents the German people being one with “God and enternity”.

CIRCLE – DUAL SIGRUNES AND TYRUNE – The dual sigrunes was the symbol of the SS-Schutzstaffel.  The many symbols within the circle had a meaning for one to be “FEARLESS, TRUE, BRAVE, that DEATH CANNOT KILL. ” TYR was the ” God of War “and OL the sword was the spirit. Both are represented in the circle TYROS and come from Runic Alphabet.