Be the first to review this product
$44.95
In stock
SKU
R530JO
Add to Wish List Add to Compare
Email 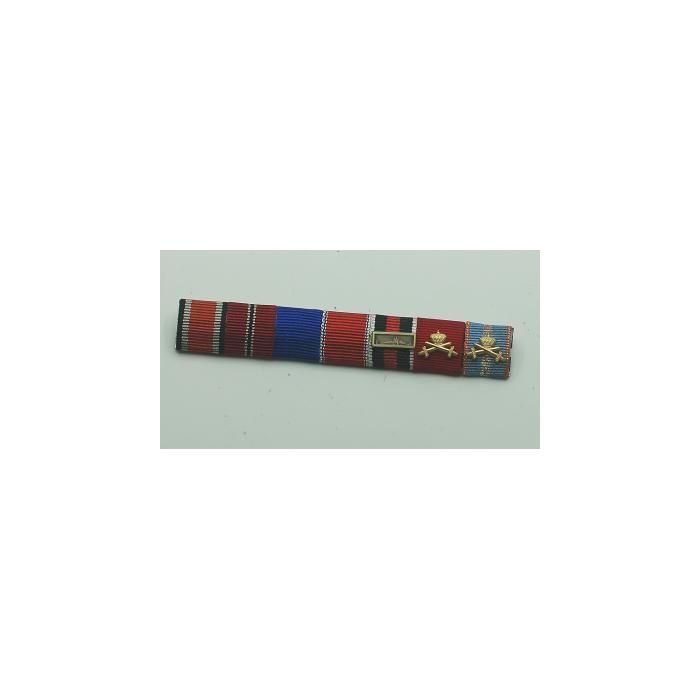 This is the reconstructed ribbon bar of  SS General major Kurt Meyer's.

Ribbon bars are small ribbons mounted on small metal bars equipped with attaching devices, and are generally issued for wear in place of wearing the actual medals.

Brigadefuhrer Kurt Meyer, Commander of the 25th Panzer Grenadier Regiment used the Abbey Ardenne, near Caen, France as his headquarters during the Battle of Normandy.

On June 7 & 8, 1944 the Abbey Ardennes was the location of the mass murder of 20 Canadian soldiers who were executed by the 12th SS Panzer Division. The murder was considered a violation of the Geneva Convention and constituted as a War Crime.

On December 28, 1945 he was found guilty and sentenced to death however his sentence was commuted to life imprisonment and after only serving 9 years in prison Kurt Meyer was released.