Be the first to review this product
$98.00
In stock
SKU
O671
Add to Wish List Add to Compare
Email 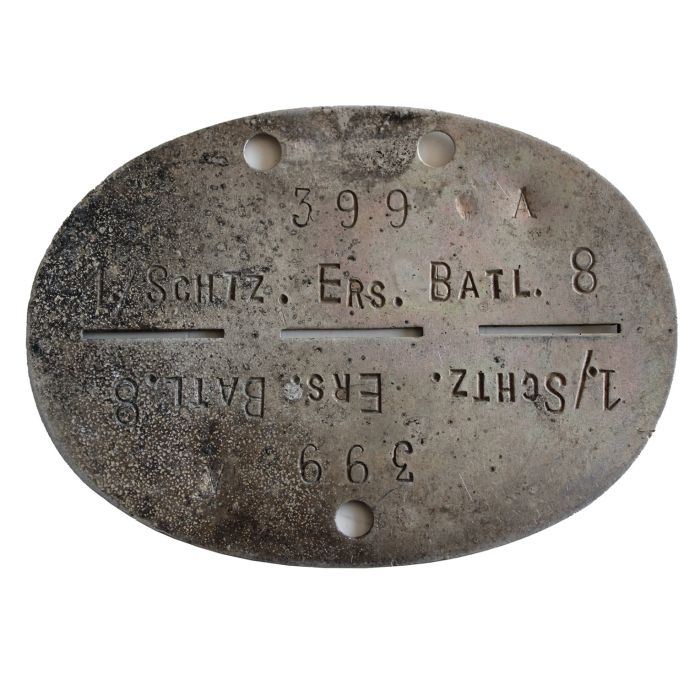 This was the standard issue German WWII military identification tag or Soldiers ID Tag.  Marked as:

This is the Schutzen-Ersatz-Bataillon 8 (Infantry 8th Rifle Replacement Battalion).

The Schützen-Ersatz-Bataillon 8 was established on 28 August 1939 in Sorau, in Wehrkreis III. The battalion was subordinate to Division 143 and replaced the 3rd Light Division, which later became the 8th Panzer Division.