Be the first to review this product
$195.00
In stock
SKU
O484
Add to Wish List Add to Compare
Email 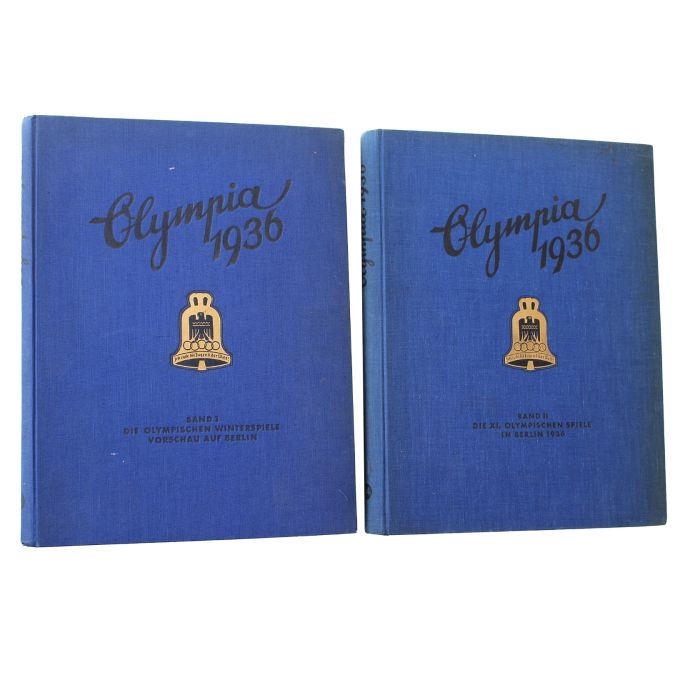 This is an original set of two German 1936 BERLIN OLYMPICS CIGARETTE BOOKS produced by the Cigaretten Bilderdienst (Cigarette Picture Service) in Hamburg in 1936 to celebrate the Berlin Olympic games.

These German cigarette books were collected by the German public before World War Two and in the early days of the war. Each album was illustrated with photographs collected by the owner from cigarette packs and then pasted into the album.

This particular two album set is titled “Olympia 1936” with a gold embossed bell with eagle and Olympic rings.

Volume 1 runs 127 pages and contains approx. 175 pasted in photographs, some in color. There is also a color section of flags from all the countries participating. Of particular interest are some photos of Hitler and famous skater Sonja Henie. The back of the album has a Quadra-fold full color map of the Olympic venue. Map meas. approx. 33.00 x 12.25 inches.

Both albums have all the photographs. An impressive set that covers both summer and winter events.

They come with both paper book covers . but in bad condition so did not bother showing books with them.