WHICH SA DAGGER DO YOU HAVE? DETAILS OF THE GERMAN SA DAGGER. 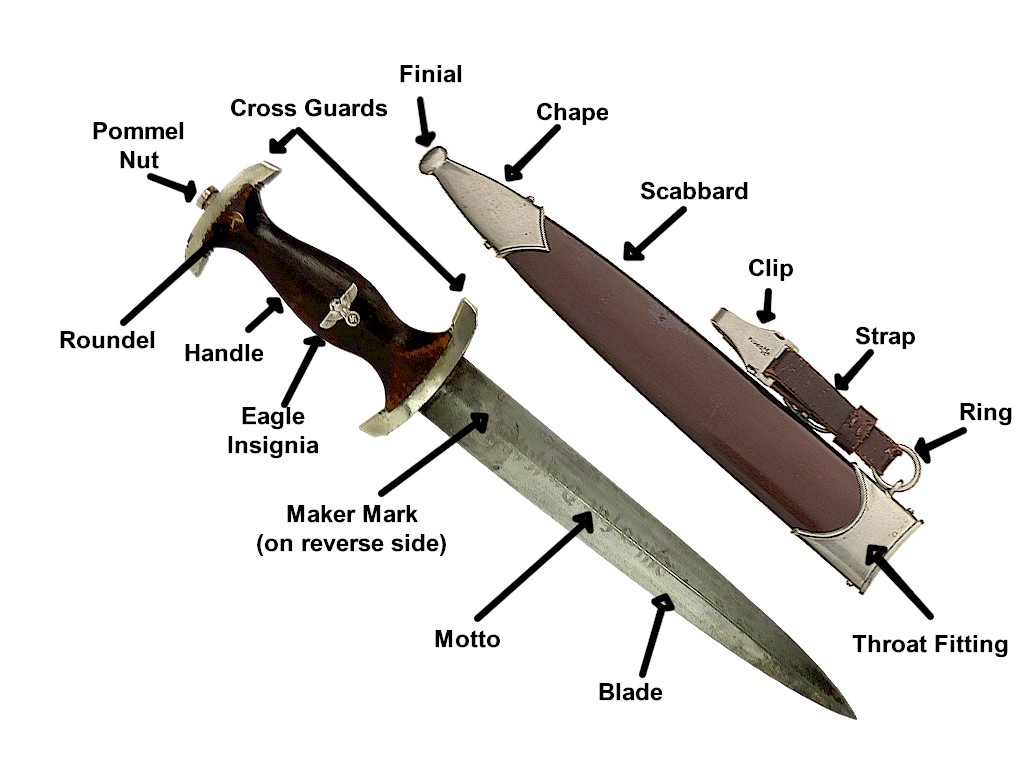 With millions of daggers produced in the 30’s and 40’s for use by the SA, or Storm Troopers (Sturmabteilung), also known as "Brown shirts" the SA Dagger became the mostly commonly used dagger in Germany. Due to it large production there was over 200 manufacturers and distributors of this dagger.   Making for a large number of stamps on dagger made even more so by the practice of different companies being responsible for the making of the grip and guards.  These companies could purchase the blades and scabbards from one company add their own grips, etc. and then be able to put their own stamps on the daggers.  Making the number of stamp variations vast.

With so many different manufacturers the quality and standards became relaxed and were not consistent with from one manufacturer to another. Due to this materials were no longer interchangeable as one factor has a different standard than the next.

Looks and quality were of utmost importance to Hitler which of course can be seen in the detail and quality of Nazi Germany’s Army’s uniforms and field gear. As a way of solving this large problem the German’s then introduced the grading standard called RZM.  This set forth the regulations that all manufacturers had to follow with regards to sizes, colors and materials.

All members of the SA were entitled to purchase and wear the SA dagger, and they could alter the dagger as they saw fit.

Along with the required RZM markings on the daggers district markings could be struck on the hand guard which indicated the place for which the dagger had been awarded.

There were also a number of variations that were produced:

This is the most common and basic dagger that was issued to SA members. Millions were manufactured.

Ernst Röhm, a German military officer, was the founding member of the Nazi Party and one of the first members of the German Worker’s Party. He was also a close friend and ally of Adolf Hitler. 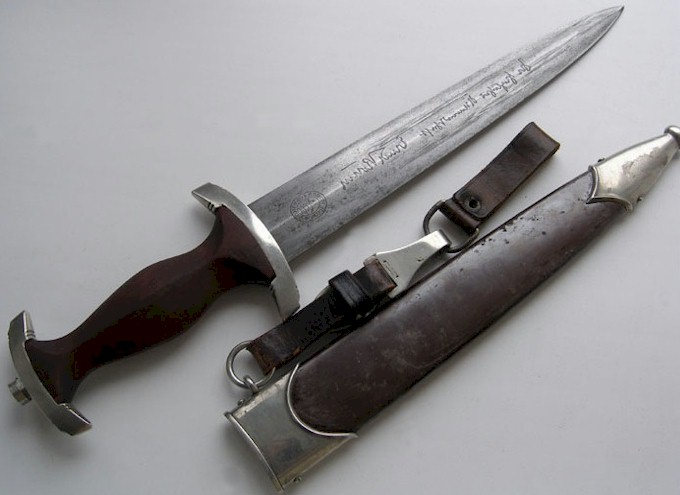 Due to his important service with the SA, a Röhm Dagger was created. There were approximately 100,000 of these daggers distributed.  Hitler became worried about his power and had him executed in 1943.   It was then ordered that all Rohm daggers be destroyed or as an acceptable alternative the Röhm inscription could be grinded off. Due to this daggers with the Röhm inscription are very hard to find.

This naval dagger was patterned after the 1933 standard model but was smaller. Coming in two separate models the Marine was authorized to wear this dagger starting in 1934. 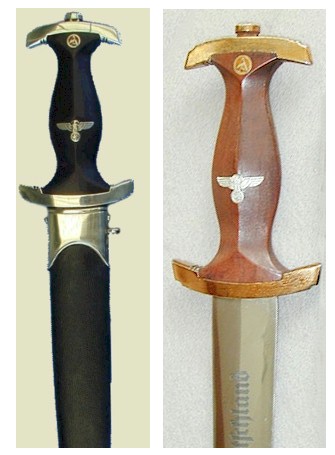 The first model included a black anodized scabbard and a black wooden handle with SA logo and eagle insert. The second Marine model had a brown handle and scabbard along with copper or brass fittings.

The honor dagger was first issued by, who had a more relaxed criteria for awarding this dagger. It was also issued in large numbers.  Röhm’s predecessor, Victor Lutze, used a stricter criteria usually issuing them to high ranking officers. 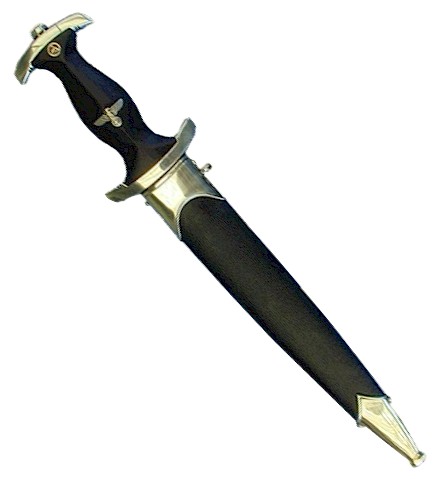 There were no real standardizations of the honor dagger so there are a great number of varieties. Though initially base on the basic 1933 model, some of the changes were oak leaf reliefs on cross guard and hilt and/or sometimes to the scabbard fittings.

The original Honor daggers, issued by Röhm, had Damascus blades and the motto of “Alles fur Deutchland” engraved.

Introduced in 1938 The High Leader Honor dagger was different from the regular honor dagger as it was standardized. It was fashioned after the presentation dagger given to Victor Lutze after he became the new head of the SA. 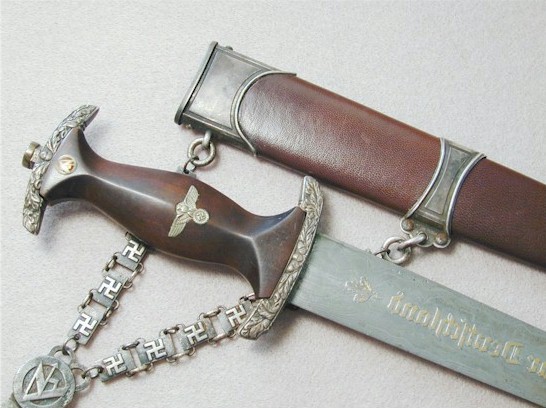 Members awarded this dagger were limited to only some high leaders, those that excelled in their duties.

Large differences, between the normal Honor dagger and the High Leader Honor, consisted of the suspension chain having small plates bearing Swastika’s. The handle is made of wood and the hilt and cross guard are also decorated with oak leaves and acorns. The only manufacturer of this dagger was the Carl Elkhorn Company

A limited number were made by it’s the only manufacturer, Carl Elkhorn Company.   The Feldherrnhalle Dagger is quite different from any of the other SA daggers and was similar to the Army Blade.

During 1946 – 1948 manufacturers had an unusable stock of SA Daggers and their parts. As there was also an influx of U.S. soldiers in Germany during the same time, manufacturers starting selling the daggers to them. 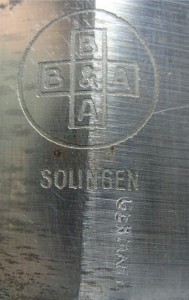